Bangalore : Trupthi Manjari is known widely for her different roles in her day to day life as an actress as well as a model. The rising star has what it takes to be on top in Kannada Film Industry.

Actress/Model Trupthi Manjari grew up with an overwhelming obsession for modeling and dancing since childhood as a result today she is known for her good dancing skills. She has also worked as Co-Instructor with Shiamak Davar in Shiamak Davar’s dance institute Bangalore. Apart from dancing Trupthi has participated in various beauty contests and has won many contests and titles and few among them are:

All the above recognitions gave way for the very beautiful Bangalore girl Trupthi to hit the ramps, since then she is been walking the ramp with various Designers & Choreographers from Bangalore, and also done various Ad films and Photo shoots and few of them to mention:

Among all these she has worked for several other advertisements and Photo shoots for Beauty Saloons & Spas, traditional and western attire collections, alternatively she joined the leading English Theater Director Rathan Takore’s work shop and got on track her acting skills.

Trupthi gave her first scintillating performance in a Negative Character in a Kannada Mega serial which was aired on ETV Kannada. Through her hard work and dedication she entered the doors of fame & Success and on journey she is now working with Wemove Productions Bangalore on various English and Kannada plays.

Trupthi Manjari’s major break through is yet to come......!! Trupthi is all set for her first movie to start by end of April 2010 in Urdu, which would be the first of its kind in Kannada Film Industry. Lets cheer for this young and the gorgeous Trupthi Manjari and wish her the very best in all her endeavors…. 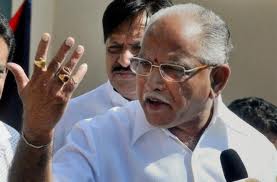 Bangalore : Nannavanu is a pure love story says Director Shrinivasa Raju. Its a story flashed to him while he was studying engineering. Since 17 years he has polished the story. In this movie hero Prajwal has 2 different get-ups. Shrinivasa Raju says there is a amazing factor in last 45 minutes of the movie. Even though shooting was done on time, because of Producer Thulasi Gopalan's busy schedule remaining part of production delayed he says. Shooting was scheduled for 72 days but 'Nannavanu, team was able to finish shooting in just 58 days. Prajwal has lot of expectation over this movie. He plays lawyer's role in the movie. Nagendra Prasad has written all songs for the movie. Eleyaraja has compased songs and music for the movie. 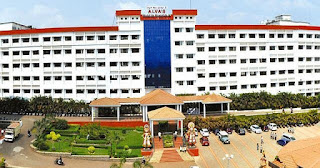